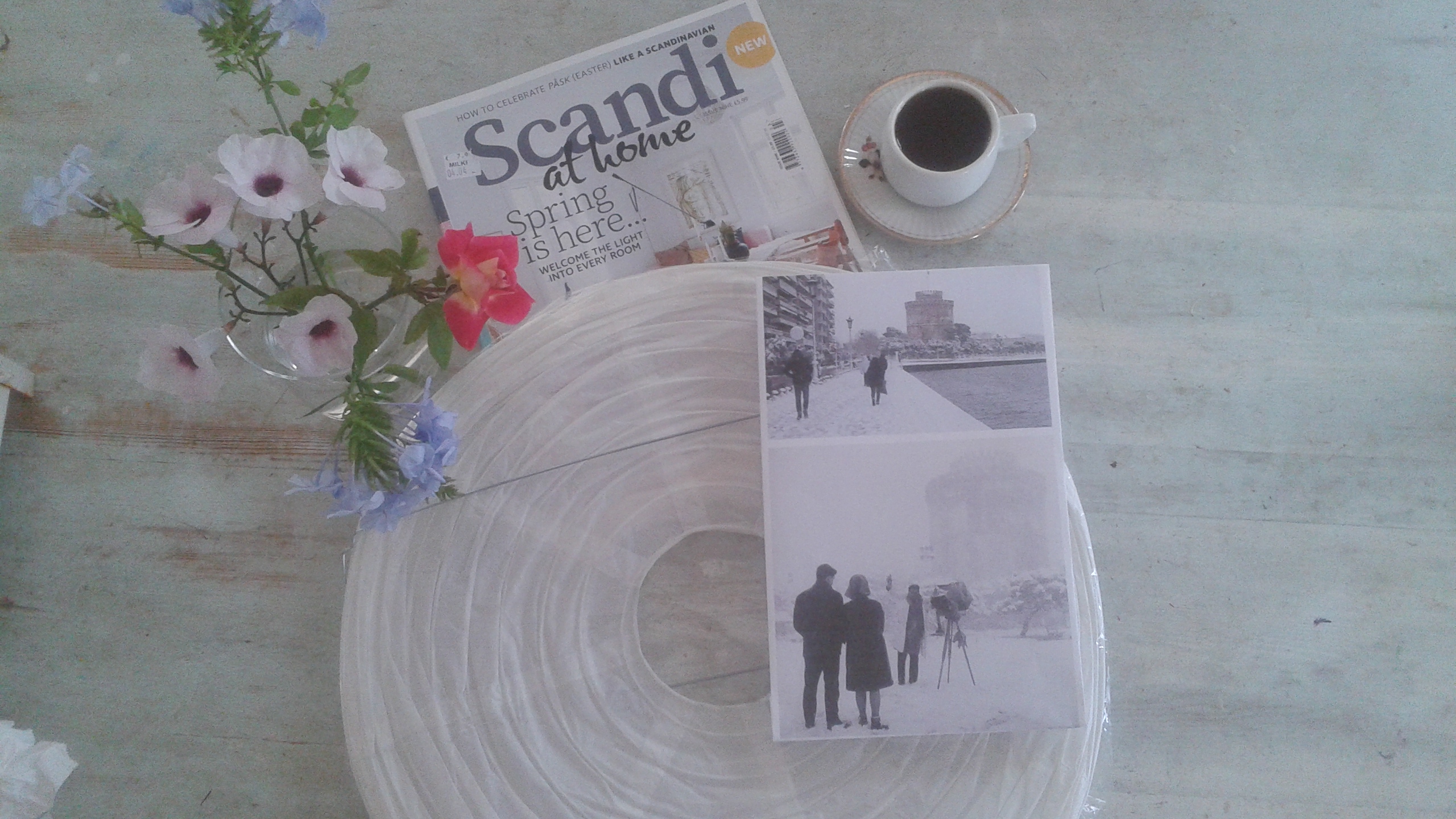 I love rice paper lampshades. They’re beautiful in their simplicity, and they’re totally inexpensive. They last for years and they look good both when the light is on and during the day. I’ve always had a few hanging around the house. This last week I took down the old ones, which were disintegrating and hung some new ones. As I was going about it I remembered a vintage ocher yellow glass lampshade a high school teacher had gifted me. She was close to an old school friend’s mother, and also, lived in the same block of flats with them. While visiting this friend a few years after we had finished school I met her again. As it happened she had been trying to hang a ceiling light without success and so had come upstairs to ask for help. My boyfriend managed to put the light in place and she had gifted me an identical lampshade that she had picked up at a flea market. I never met her again, because she moved to Brussels, but I carried the lampshade with me from house to house even though I never used it, until I eventually gave it away in a decluttering spree.

The lampshade has been used as a metaphor to describe our layered human nature and how our different identities, individual aspects of self, as well as, our experiences can obscure our true self or our deepest essence.  Bharati writes: “We humans are like a lamp that has five lampshades over our light. Each of the lampshades is a different colour and density. As the light shines through the lampshades, it is progressively changed in colour and nature. It is a bittersweet colouring. On the one hand, the shades provide the individualized beauty of each lamp. Yet the lampshades obscure the pure light”. In a webinar I recently listened to on self directed neuroplasticity Dr Joan Borysenko used the metaphor of the lampshade to describe a similar theme. She talked about how experiences and stories cover our true essence or light like a lampshade. When there is a lot of trauma the lampshade becomes thicker and more opaque, but our true essence or core self is always there below all the lived experiences, the different identities, the brokenness, the woundedness and the defenses.  As Rea Rashani writes in her poem The Unbroken: “as we break open to the place inside / which is unbreakable and whole…”

The Unbroken by Rea Rashani

There is a hollow space / too vast for words
through which we pass with each loss,
out of whose darkness / we are sanctioned into being.

There is a cry deeper than all sound
whose serrated edges cut the heart
as we break open to the place inside
which is unbreakable and whole,
while learning to sing.