The impact of early adversity and life narrative processes: the  refuge of story and facts….. (edited) 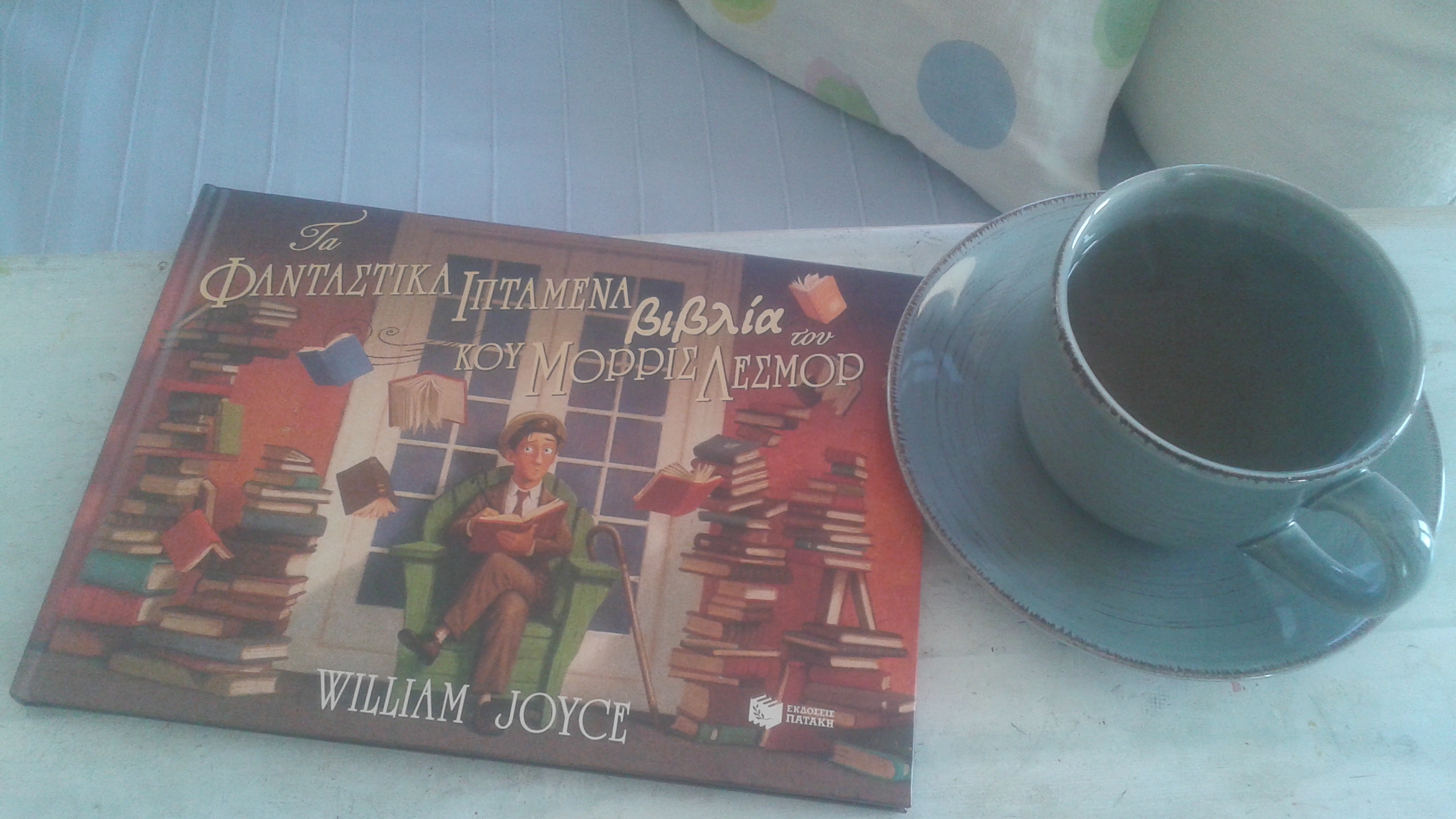 “Morris Lessmore loved words. He loved stories. He loved books. But every story has its upsets. One day the sky turned dark. The winds blew and blew…. until everything that Morris knew had been scattered to the winds, even the words in his book.” William E. Joyce

My posts often reflect what I might be reading or engaging with at the time and sometimes similar topics and themes from different sources sort of coincide temporally. In a recent podcast, Lessons for the road of life, Dr Rick Hanson and his son, Forester, discuss five of their most important skills, techniques, practices and reflections for the long road of life. These are: getting on your own side, widening your view and considering the bigger picture, slowing down in order to grow the space between stimulus and response, taking in the good, and acknowledging the impact of childhood and the importance of creating a coherent life narrative of one’s childhood and how it has impacted one’s adult life and ways of responding and being, They suggest a few questions one can engage with:

What happened to you when you were a kid? What did you regulate out? What was the true nature of that child? Could you make some room for those qualities?

Meanwhile, I have been engaging with material related to the impact of childhood maltreatment and adversity on health, development and other areas of life both in childhood and adulthood and the importance of creating a Life Story Book for children who have experienced prolonged trauma and are in foster care or in the process of being adopted. So, in today’s post I’ll focus on the formative power of our childhood and a life narrative intervention mostly used in particular settings, but which ultimately could prove useful for everyone.

Prolonged adversity in childhood can result in the over activation of automatic responses, which in turn generate biases and affect how we see the world. For children who have experienced trauma and a lot of unpredictability the world might seem a frightening place. Often they may not have developed any true sense of safety and stability, which then colours the way they see the world, and also, creates difficulty in recognising others’ intentions and emotions. Among other things early adversity predisposes to hypervigilance because when we are threatened we activate brain regions that are involved in helping us prepare to fight or escape a situation. So depending on the automatic response our muscles might tense and our heart rate might decrease to help us process things, our pupils might dilate, and our senses might get heightened or our breathing might quicken and our heart might beat faster to increase blood flow to muscles, while adrenaline is released to increase metabolism. Alternatively, we might feel light headed and dizzy as sensations bypass the conscious brain, become unresponsive and numb. Frequent activation of these natural defense mechanisms can later lead to fast and impulsive responses rather than well-thought out actions. If someone has experienced adversity early in life they may more readily activate these threat responses, even in situations where they may not be appropriate. So, we may go into freeze, fight, flight or fright responses way more often than necessary. What was adaptive and life saving during trauma or when under some threat eventually undermines our health, agency and living.

Scientists and clinicians have observed that maltreatment in childhood is often associated with changes in our physiology and increased risk of problems later in life, such as depression anxiety, addictions, health issues, and so on. One way childhood maltreatment is thought to do this is by initially altering the child’s brain architecture in ways that help the child to survive in a hostile or neglectful environment. However, whilst these changes might be beneficial in the short term, they often confer long-term costs. Trauma and prolonged adversity also interfere with memory and (young) people who have experienced maltreatment and adversity may struggle to build a coherent narrative of their life, It is well known that trauma impacts the ways in which we remember and autobiographical memory might be one important domain in the brain that changes in the face of adversity. Neuroscientists have focused on what is termed as Overgeneral Memory (OGM) pattern and research has found that individuals suffering from post-traumatic stress, for instance, can show an OGM pattern similar to the pattern seen in maltreated youths. One idea is that OGM develops as a way to prevent the individual from becoming overwhelmed by negative memories. Research has shown that children who have experienced early adversity often recall the events of their own life (autobiographical memory) in a vague and overgeneral way that lacks detail.

For instance, a study was conducted that investigated the neural basis of autobiographical memory in children who had experienced adversity in the form of abuse and neglect. They examined the brain activation of young people who had experienced maltreatment, whilst they performed an autobiographical memory task in the fMRI brain scanner. The young people were asked to remember specific positive and negative events of their lives (e.g. their last birthday or a specific rainy day) with as much detail as they could. In this study it was found that children who had experienced early-life adversity differentially recruited regions in the autobiographical memory network during the recall of personal memories compared to their peers who had not experienced maltreatment. When recalling everyday positive memories, the maltreated children showed reduced activation of the hippocampus, a brain structure involved in successful memory recall and vividness of memories. In contrast, when recalling everyday negative memories, the maltreated children showed increased activation in the amygdala, the brain structure discussed earlier that is involved in threat or salience processing.

It then makes sense that making sense of our past and creating a coherent life narrative of our early experiences and attachment history is important in scaffolding our sense of self. A coherent sense of self is important when we navigate interactions and conflicts in adulthood.  In today’s post I will refer to a process and intervention that is often used when working with children and young people who have been separated from their birth parents because of abuse or neglect, who may be transitioning through foster families or are being adopted.  Concerning these more vulnerable children and young people it is important to help them remember and make sense of their past so as to help them develop a coherent life narrative that integrates both positive and negative experiences, emotions and strengths. Life story work is one technique that helps children access their past and then integrate it into the present and their sense of who they are and are becoming. It is mostly a social work intervention with children designed to recognise their past, present, and future. It is the process of helping children separated from their birth families to make sense of their early lives, come to terms with and reach some understanding of the reasons that may have led to their current situation, as well as, have access to their heritage and past. It should be an ongoing process as new understanding or healing occur and as life happens, and it usually includes making a Life Story Book.

In the manual Making History: A Social Worker’s Guide to Life Books, which is a guide for social workers on how to create a life story book it is suggested that a life story book can give a child a sense of history and prepare her / him for adoption, for transitioning into a new foster family or returning to their birth family. Also, life books can be used with children who are not facing these kinds of challenges, but who are experiencing other disruptions or changes like parents’ divorce, the death of a parent or sibling, serious illness in the family or moving to a new place or school. Actually, I think creating a life story book could benefit any child (and adult) and could be done within any family as a means of making meaning of experiences and changes, exploring emotions and responses or family dynamics, and of increasing their sense of belonging and confidence. Creating a Life Story Book can provide a sense of continuity of self and ground the child in its knowing of facts and exploration of reasons. The process also involves psychoeducation and helping the child / person increase self awareness. The participatory process and use of writing and artistic skills, if the child’s age allows this, further helps the child or adolescent develop a sense of control and mastery. Finally, as with all interventions one needs to be mindful of the many challenges of undertaking life story work with children and other groups of people.

More on the impacts of early adversity in the next post….