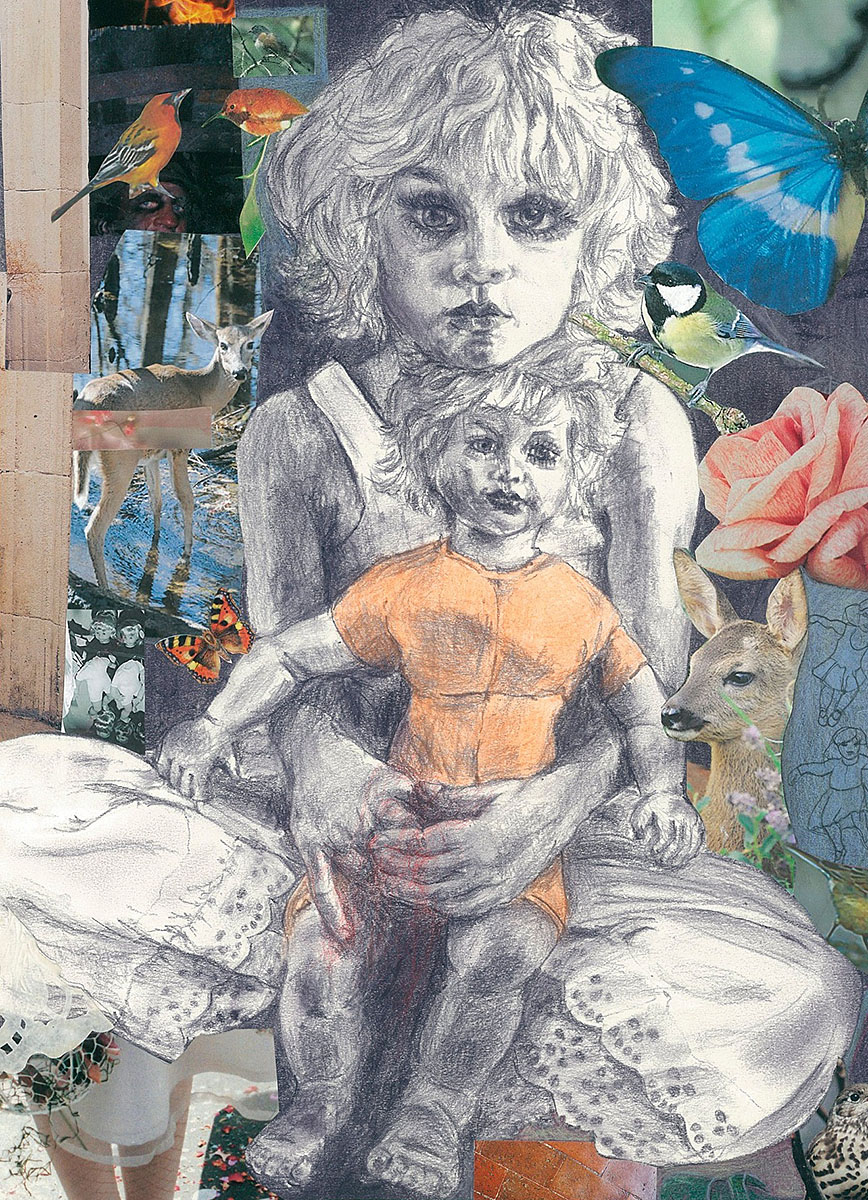 Continued from the previous piece I wrote on the impact of early adversity and maltreatment…..

For instance, Professor Eamon J. McCrory and his team conducted an fMRI study to see if children who have been exposed to abuse processed angry faces differently in the brain, compared to their peers while they were in the fMRI scanner (Functional Magnetic Resonance Imaging (fMRI) is a method that is used to infer where neural activation takes place in the brain when we perform a task), They found that children who had suffered violence had an increased brain response to threat in the amygdala, compared to their peers. This brain region plays a role in signaling threat and processing fear. The researchers also found an increase in activation in the insula, which is thought to be involved in signaling bodily sensations and the anticipation of pain. Interestingly, this pattern of brain activation has also been observed in soldiers before and after they were deployed in combat, and in people who suffer from anxiety.

So, even though adversity does not create a deterministic outcome, it does create a set of adaptations and risks for increased vulnerability. Among other things hypersensitivity to negative social cues can lead to children and older individuals to feelings of rejection or social exclusion and can hinder relatedness. So, even though changes at a behavioural level and in the neurobiological systems due to less than optimal experiences in childhood are usually advantageous short-term adjustments that help the young person survive, they can become problematic in other contexts like school, etc, and also, lead to health problems later on in life, if trauma is not addressed. Neuroscientists would call these neurobiological changes latent, meaning existing, but not yet developed or manifest because they are measurable before the young person has developed a mental health difficulty, and also, observed changes in brain function might be temporary and not permanent because resilience and brain plasticity are factors that can ameliorate the effects of early adversity.

Brain plasticity refers to the brain’s ability to change and adapt throughout life in terms of its connections, structures and function. The brain is described as being plastic because we can continuously learn new skills and information and it can continuously adapt to one’s environment. And although the brain is most plastic during childhood, it remains plastic throughout life, allowing an individual to learn and adapt well into adulthood. This is very important in the context of childhood trauma because as much as the brain of a young child adapts during adversity, it can also learn to adapt to a normative environment following adversity. I will briefly refer to a longitudinal study conducted by 1 Gunnar, M. R., DePasquale, C. E., Reid, B. M., & Donzella, B. (2019), which examined whether puberty opens a window of opportunity to recalibrate the HPA axis toward more typical reactivity when children shift from harsh deprived conditions in infancy into supportive conditions in childhood and adolescence.

In this paper it is supported that humans exposed to depriving institutional care in infancy show reduced HPA axis responsivity, even years after they are placed in supportive, well-resourced families. Institutional care during infancy impairs the responsiveness of the HPA axis to psychosocial stressors and it is associated with reductions in risk-taking and sensation-seeking; increased amygdala responses to threat and increased anxiety symptoms that are associated with alterations in brain connectivity and white matter pathways, and studies have shown that early institutional deprivation results in a blunted cortisol response to stressors. The causal nature of the blunting of the HPA axis is also demonstrated in studies of nonhuman primates randomly assigned to nursery rearing instead of maternal rearing. So, non-human animal models also reveal that the hypothalamic–pituitary–adrenocortical (HPA) axis calibrates to the harshness of the environment during a sensitive period in infancy.

The study conducted by Gunnar and his team indicated that pubertal development reopens a window of opportunity for the HPA axis to recalibrate based on significant improvements in the supportiveness of the environment relative to that in infancy, even though, simply removing children from deprivation and placing them in supportive, well-resourced homes does not always appear to be sufficient to allow the HPA axis to recalibrate even when the parents in those homes score very high on observational measures of parenting quality and children report high levels of perceived support. However, development can potentially allow windows of opportunity for recalibration. This possibility is supported by studies in nonhuman animal models, too. In particular, for the HPA axis, puberty may reopen the system and functionally create a second sensitive period.  Finally, even though I have focused on neuroscience, it is important to remember that while neuroscience provides some insights into childhood trauma and other life experiences, it is one perspective only, and in order to understand the impact of childhood adversity, one needs to bring together other perspectives from teachers, social workers, caregivers, therapists and doctors.