“If you feel fear don’t lose yourself  / fear is also a friend / be careful not to get carried away and get unraveled by terror // My white flower / listen to my song / hold on to a bridle / and in pain do not bend // If you experience setbacks  / do not fall into a trap / the sun is peeking at you / behind the storm // And if in your life / the path is lost / even in nothing / there is always something” (Lyrics: Michalis Haniotis; Music: Lakis Haniotis; Singing: Maria Papageorgiou) 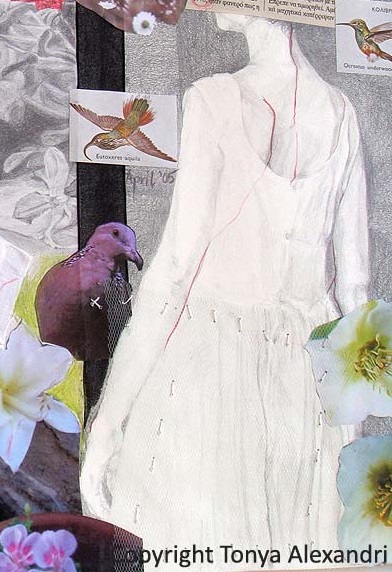 Today I am sharing a short video, Relating is a Data Stream Online, from a longer talk between Thomas Hubl and Terry Real on trauma, relationships and healing: at: https://www.youtube.com/watch?v=Y4U2aw7U__w

Thomas Hubl uses the metaphor of online data streaming to describe relating and intersubjectivity: “Relating is data-streaming, which means, I feel you and I feel you feeling me. That’s the music of relating. We update our relationship, moment to moment, through data-streaming, like a camera that takes many photos and becomes a movie…… Trauma interrupts the data stream…… Relationship is not a thing. Actually what relating really is, is a data stream online between me and my partner. The language of relation is resonance, and resonance needs feeling and sensing….” 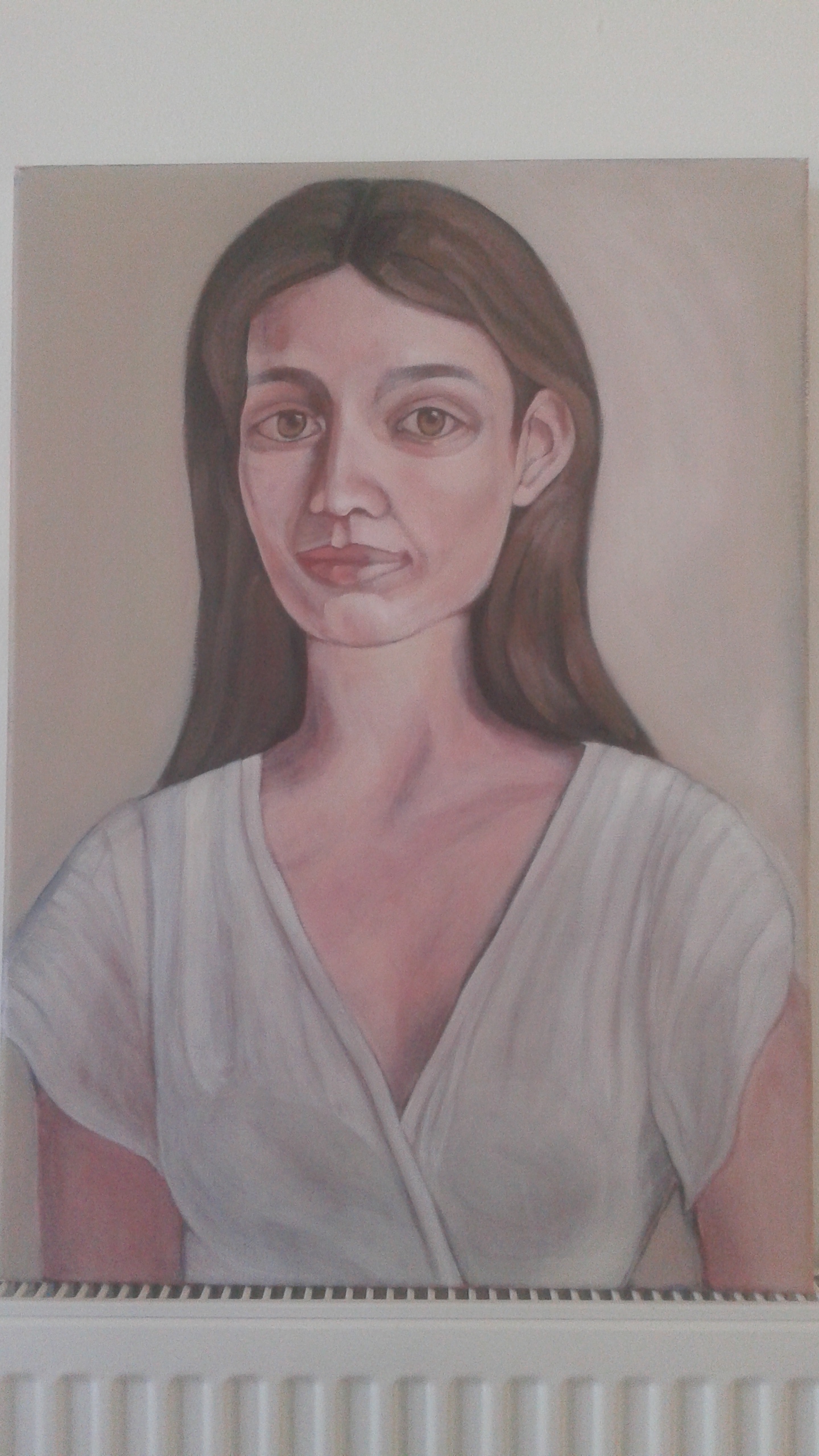 I am also sharing a painting I have been working on these couple of weeks, in which the colour white has been my focus, and also, an extract from something I wrote about colour a while ago.

“……… White light is made of all of the colours of the rainbow because it contains all wavelengths, whereas the white of pigment could be described as the absence of colour. Thoughts about colour and art tend to pop up in my mind often enough, even during moments of duress. One such memory that comes to mind was during a medical procedure, both as I was sinking and then coming out of anaesthesia. Vibrant paintings made by favourite artists had emerged in my dazed awareness. It made me wonder whether some part of my mind was preoccupied with art during the whole procedure.

When I was a child I loved looking at the colours and the shapes light created on the surface of objects wondering if one could find a way to paint the light on surfaces. I was fascinated by the dance between the shades of green and the sunlight on the porcelain tiles of the fireplace in the living room. I wondered why I could not see colour in the dark when my eyes were open, but could see a kaleidoscope of colours when I shut my eyes. I noticed that grey produced from white and black seemed strict and almost flat, but when it came about from mixing leftover paints one ended up with different kind of greys. The same happened to plasticine. Once I had mixed enough colours enough times I ended up with a variety of dull greys. I thought of these as ‘dirty greys’ because they resembled the colour of quick sand and mud. Francis Ponge writes about mud: ‘Our soul resents it. Our feet and wheels trample it. “Mud” is how we address those we hate, paying little attention to the injustice done to the mud. Does it really deserve the constant humiliation, attacked with such an atrocious persistence? Mud, so despised, I love you….’  (Mud: The Unfinished Ode by Francis Ponge). ……

Each colour can be filled with an array of meanings often with strong emotional content. The poet Emily Dickinson used colour-imagery frequently in her poetry. In her poem A Slash of Blue she describes the sky using several colour adjectives:

A slash of Blue / A sweep of Gray / Some scarlet patches on the way, / Compose an Evening Sky A little purple – slipped between / Some Ruby Trousers hurried on / A Wave of Gold / A Bank of Day / This just makes out the Morning Sky

It is assumed that Dickinson’s scientific background allowed her to create a colour spectrum of her own. Critics of her work have suggested that she has used colour in a manner similar to a pictorial artist. Colour words can be used descriptively as adjectives, but also, symbolically. Poets and writers can manipulate colour words in such a way as to imbue them with meanings beyond traditional associations……

It is also postulated that colours in the environment have the power to change our physiology and moods. Several years ago during an internship I used an exercise to help the kids there explore feelings and learn to distinguish thoughts from emotions. As they described their diverse personal colours of joy, envy, anger, sadness, shame and fear and created artwork, I wondered about my own personal colour associations and how these might have been influenced by more universal and culture specific themes. White, for instance, brought up associations of lightness, goodness, cleanliness, spaciousness, isolation, silence. I thought of how the white of canvases invoked a numb dread. In her book When Women Were Birds Terry Tempest Williams mentions Robert Rauschenberg, the artist who in 1951, created White Paintings, a seven-panel exploration of white oil on canvas. She quotes Rauschenberg who had said: ‘Most of the work in this collection scared the shit out of me, too, and they didn’t stop frightening me.”

White also reminds me of my mother’s delicate white embroidery and my aunt’s finely crocheted bed cover that was passed down to me. A year after I got married my mother-in-law also gave me a crocheted white bed cover. I marveled at her patience to create something so big and yet so beautiful. I pondered on the hours she must have spent crocheting, hands moving swiftly, her mind wandering off every now and then, but always returning to do the counting.…….” (Tonya Alexandri)