The words in the artwork below tell stories of trauma, loss and injustices, and also of courage and determination. The use of ‘solitary’ words and images has allowed me to record many events and tell many stories – in the very small space of this paper. Each word is linked to the other and all together they tell a longer story. Those looking at the images and reading the words can guess the stories contained in each word or image or can create their own stories. One could also write a story using all the words depicted on this piece of paper and probably a different story would emerge each time depending on the person’s perspective and experiences. Apart from their literal meaning words take on the meaning each one of us attributes to them. The same word can have different meanings used by different people at different times. A word may be experienced as neutral by some and may convey profound meaning to others. Even ‘neutral words’ like names of objects can carry profound meanings to some people and can be imbued with emotional significance. Words can contain hurt, anger, fear and pain. In chapter three in Trauma, Dissociation and Multiplicity: Working on Identity and Selves (2013-03-01, Kindle Edition) Valerie Sinason provides an example of how neutral words can express pain or trauma or can tell us a story we perhaps could never have imagined. Sinason writes about Lorna, a young girl, who had been removed from her multi-perpetrating abusive environment and had spent two years in a school for emotionally disturbed children. Lorna found it painful to learn, checking out the meaning of every word said to her. At one point when she was offered a glass of lemonade she smashed the glass to the floor with the liquid spoiling all her schoolwork. It was only after eighteen months of a stable foster placement that Lorna suddenly became consciously aware that the word ‘lemonade’ could have a different meaning for other people. It could, for instance, simply mean a fizzy drink, etc.  Children learn words and languages from those around them, and therefore, in the beginning language is usually co-constructed in early attachment relationships with family and primary caregivers. ‘The infant has had an experience and the mother provides the words or phrase which binds this experience. It contains, encompasses and expresses the meaning. It provides a container for it. The infant can then internalise this word or phrase containing the meaning’ (Segal, 1979, cited in Sinason, 2013-03-01, Kindle Edition), As mentioned above words can carry profoundly different meanings for different people or groups of people. Sinason describes how, for instance, the word amniocentesis for many adults is ‘a neutral word or term that signifies the act of checking whether an unborn baby is carrying any severe chromosomal disorder or has a severe learning disability’, but ‘for someone with a severe intellectual disability, the word covers a meaning that is far more than that. Faced with a hidden societal eugenics’ wish, people with an intellectual disability are very aware of a deeper meaning in the term, signifying their own destruction’ (2013-03-01, Kindle Edition).

Words tell stories and sometimes these stories are about trauma, fear, pain, discrimination, prejudice, racism, injustice and violence. Language reflects power relations, hierarchy, social class, and gender differences. Racism, inequality, sexism and patriarchic beliefs and practices are all reflected in language, propagated through language, but also challenged and resisted through language. Discourses of dominance can become tools of oppression, but language can also contradict and liberate. Furthermore, language links individual trauma to the collective and allows trauma to be viewed as part of a wider sociopolitical context. Language also becomes important in victims and survivors’ search for healing and restoration because articulating trauma and breaking the silence is critical both to restoration and justice. Survivors’ trauma narratives allow survivors to take back control, to reconstruct their life narrative, to become more empowered, to make connections between events and to achieve deeper understanding. Richard Hoffman (2012-09-13) writes through telling the truth ‘we accomplish not merely relief, but justice. The resistance to amnesia is a political commitment as well as a personal, literary, and spiritual one’. It is true that language may often fail to fully and precisely describe survivors’ experiences of torture, rape and abuse; however, healing and empowerment require a re-description of our experience – a new narrative – they require our telling. Words can provide the vehicle, one means to do so. Trauma demands to be expressed, heard and acknowledged by society. The unsaid or the unsayable needs to be heard. Telling the truth ‘puts things where they belong. It lifts the heavy weight a survivor carries on her back and redistributes it amongst her family and community’ (Michelle Otero, cited in Silverman, (2010-01-25). Richard Hoffman writes ‘words are how we “come to terms” with experience. If the terms we use do not reflect reality, but hide and distort it, then our discourse, the community’s ongoing conversation about itself, will be corrupted’(2012-09-13). 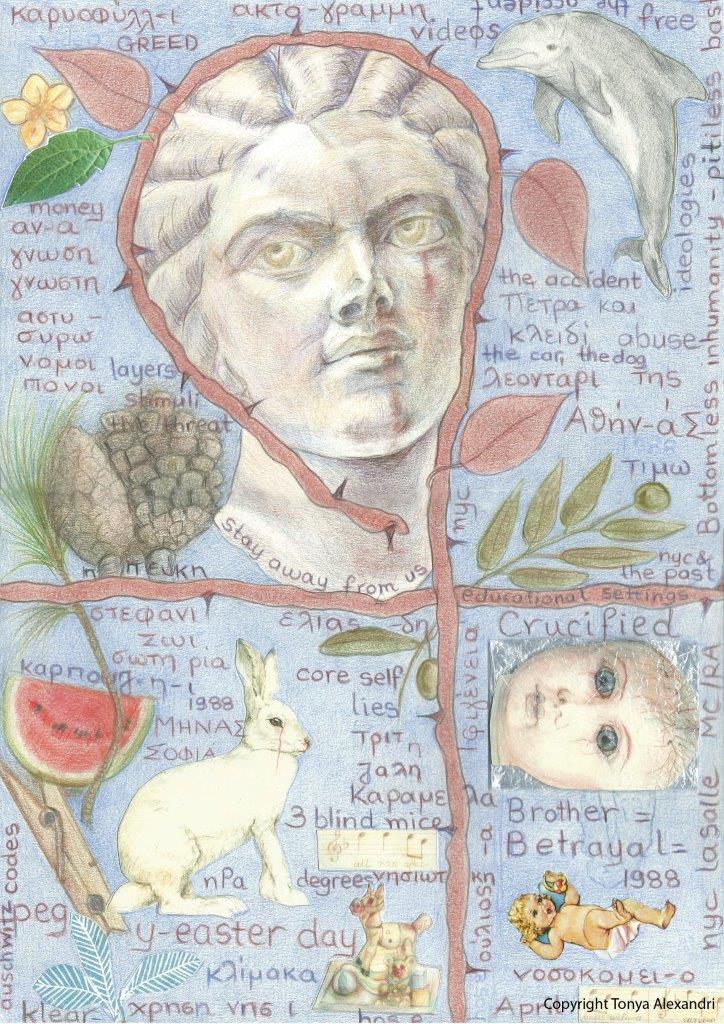 The stories of words

‘I learned that our creations become creatures, living beings with agency and influence’ (Half the House by Richard Hoffman)