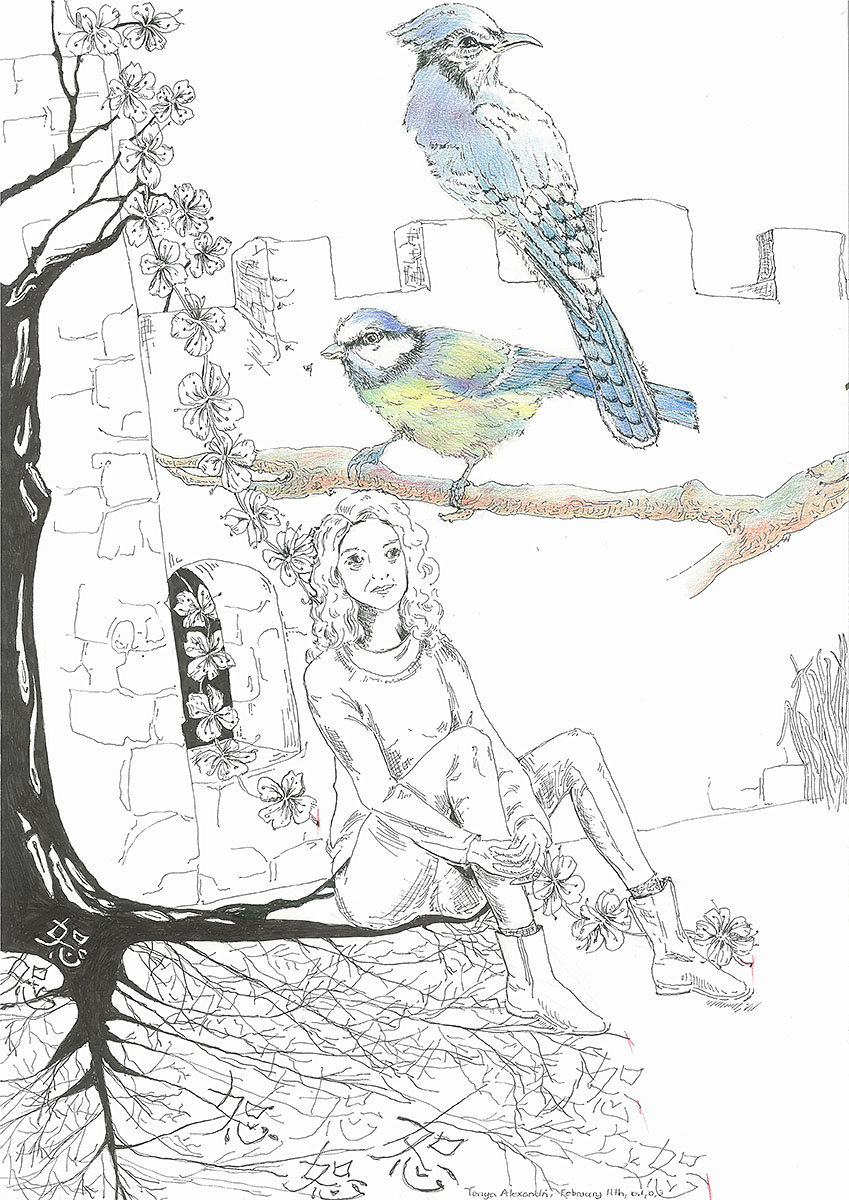 “The fireball produced by the nuclear explosion reached temperatures equivalent to the sun— millions of degrees. It was like a lunar landscape or what I imagine Dante’s Inferno might look like. Scientists predicted that nothing would grow for decades. But, amazingly, two five-hundred-year-old camphor trees had survived. Only the lower half of their trunks remained, and from that most of the branches had been torn off. Not a single leaf remained on the mutilated trees. But they were alive….. I was taken to see one of the survivors. It’s now a large tree but its thick trunk has cracks and fissures, and you can see it’s all black inside. But every spring that tree puts out new leaves…. Many Japanese regard it as a holy monument to peace and survival; and prayers, written in tiny kanji characters on parchment, had been hung from the branches in memory of all those who died. I stood there, humbled by the devastation we humans can cause and the unbelievable resilience of nature.” (Jane Goodall / The Book of Hope)

I’ve recently been trying to collect information to create a family tree on my mother’s family. However, requesting information about her ancestors from the municipal registry has been fruitless so far. A few years ago I had completed a brief online course to see how we go about collecting and accessing data to create a family tree. Of course, things are not the same in all countries and record keeping varies, but a couple of years ago I was able to access the recorded data available at the local registry office for my father’s family even though the information did not go many generations back. So, I was expecting more assistance and success this time… Anyway, this process reminded me of a chapter in a personal narrative project I engaged periodically over several years. A few extracts nelow:

“….  On the first page the author writes: ‘Since when she was little she had felt sorry for the trees, she had felt tenderness and mercy for them. She remembered that still a child she had asked her mother: “Mama, why do trees not walk?” And she had responded: “They have roots, my child.” Then she would go and hug their trunks and whisper words of consolation. And they used to bend and moan’ (The Trees, 1995, Margarita Lyberakis).

…… I carry many stories and memories of trees …….  of a camping holiday among tall poplar trees that created a vast mosaic of shimmering patches of sunlight on my skin and on the ground, and of the beautiful orange tree orchards I see through the car window as we drive across the countryside on the Greek mainland, of my uncle’s small lemon orchard near the sea, the lyrics of an old song and the film ‘Lemon Tree’ that my husband and I had watched one warm summer night in an open cinema with huge bougainvillea bushes and café tables in the centre of Athens. The film was about fences, courage and common humanity. A man in the film says: ‘trees are like people; they have souls; they have feelings’…..

When we arrived in Greece my father planted a small olive grove. For years he took care of the trees and picked the fruit. These trees grow on soft land that is very close to the sea that is almost impossible to swim in because thick sea-weed has aggressively taken over the sea bed. During one of my trips to my father’s hometown I walked among the trees and I felt connected to the earth under my feet as I listened to its stories and myths. The olive tree is one of the most beloved trees in Greece, and legend has it that Zeus proposed a contest between Athena and Poseidon for the control of Athens. Poseidon struck the hard rock of the Acropolis with his three-pronged trident, which unleashed a spring of sea water, whereas the goddess Athena planted a small olive tree, The Athenians chose Athena’s gift and the olive tree became an important part of Greek life and diet, and olive wreaths were worn by brides and awarded to Olympic victors. Traditionally, the olive tree is a symbol of peace and friendship and I think the origins of using an olive branch as a symbol of peace lie in ancient Greek and Rome culture, I read somewhere that an olive branch signifies peace because due to their slow growth, olive trees are not cultivated during war time, and so they are believed to be peace-time trees…

…… Trees are like people. Some are firmly rooted and some have eroded roots. They withstand the elements, they sway this way and that, they bend and kneel and then they stand upright again and they bloom and give fruits. They grow, sometimes against all odds, in depleted soil and arid land. They too, endure, evolve and shed the old and unwanted. They are cut down, burnt down, transformed or mutated and twisted out of shape, given a different form or name. They branch out and communicate with other trees and their roots touch and mingle underground sharing the moisture and the nourishment the earth provides. Trees communicate and are connected to other trees through a network of soil fungi that allows the sharing of information and nutrients. Scientists have found that when they are attacked by insects, they can flood their leaves with noxious chemicals to repel unwanted visitors, but what is more fascinating is that they warn other trees by releasing chemicals into the wind and possibly through their network of roots.

Amazingly, trees even favour their offspring. The ecologist Suzanne Simard says “We set about an experiment, and we grew mother trees with kin and stranger’s seedlings. And it turns out they do recognize their kin. Mother trees colonize their kin with bigger mycorrhizal networks. They send them more carbon below ground. They even reduce their own root competition to make elbow room for their kids. When mother trees are injured or dying, they also send messages of wisdom on to the next generation of seedlings. So we’ve used isotope tracing to trace carbon moving from an injured mother tree down her trunk into the mycorrhizal network and into her neighbouring seedlings, not only carbon but also defense signals. And these two compounds have increased the resistance of those seedlings to future stresses. So trees talk.”

Forester and writer, Peter Wohlleben, draws on scientific discoveries to also describe how trees are like our human families: tree parents communicate with their children, support them as they grow, share nutrients with the ones that are sick or weak, and warn each other of impending dangers. The following is a short extract from his book: “When trees grow together, nutrients and water can be optimally divided among them all so that each tree can grow into the best tree it can be. If you “help” individual trees by getting rid of their supposed competition, the remaining trees are bereft. They send messages out to their neighbours in vain, because nothing remains but stumps. Every tree now muddles along on its own, giving rise to great differences in productivity. Some individuals photosynthesize like mad until sugar positively bubbles along their trunk. As a result, they are fit and grow better, but they aren’t particularly long-lived. This is because a tree can be only as strong as the forest that surrounds it. And there are now a lot of losers in the forest. Weaker members, who would once have been supported by the stronger ones, suddenly fall behind. Whether the reason for their decline is their location and lack of nutrients, a passing malaise, or genetic makeup, they now fall prey to insects and fungi…….”

The well-being of trees depends on community and when the supposedly feeble trees disappear it impacts the whole community of trees even the giants. Thich Nhat Hanh says that “people normally cut reality into compartments, and so are unable to see the interdependence of all phenomena. To see one in all and all in one is to break through the great barrier which narrows one’s perception of reality….” Everything in nature seems to point to the reality of our inescapable interconnectedness, the value of diversity and the need for a care ideal…….” 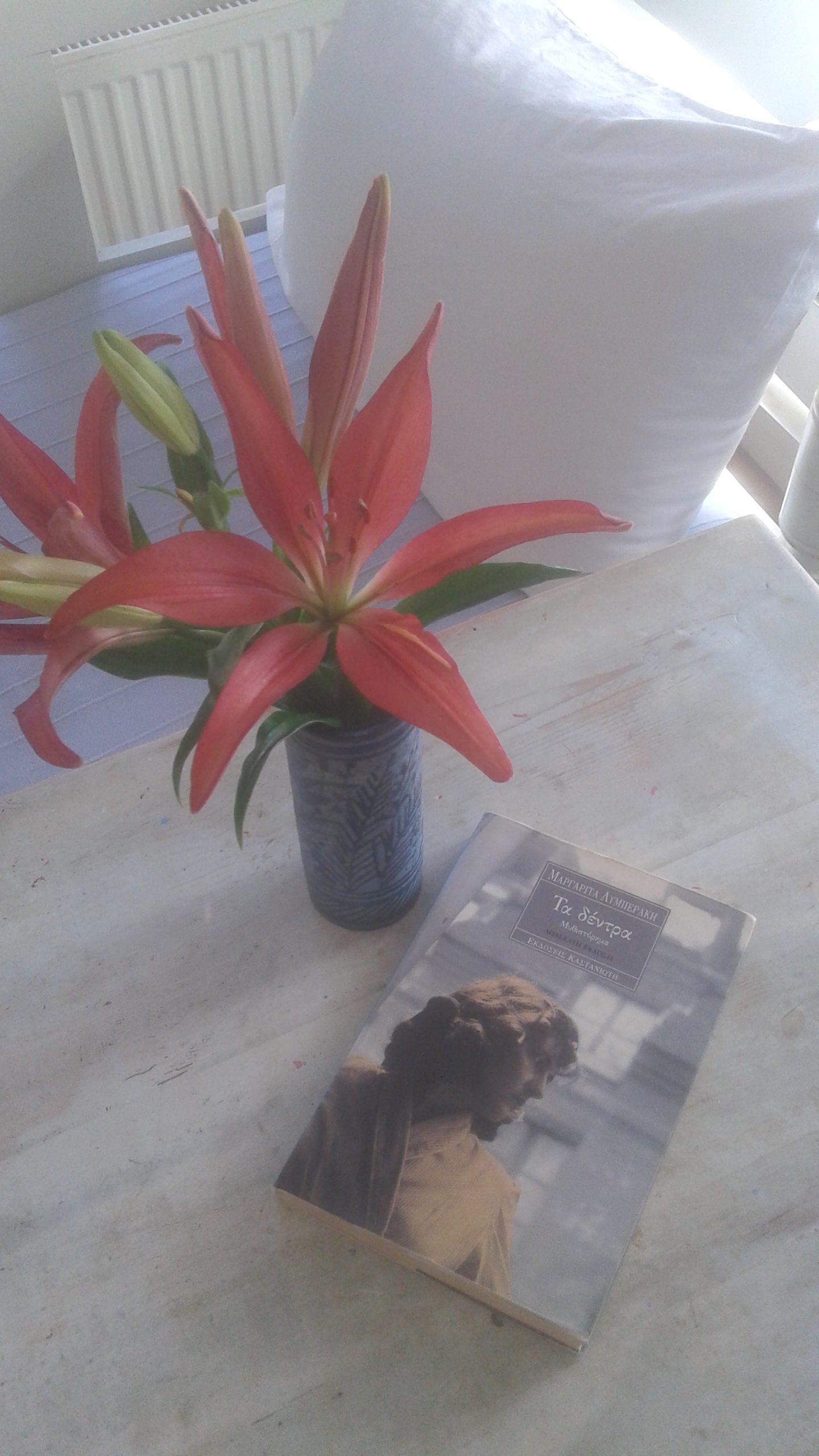