However, despite the fact that at both at an individual and at a societal level we have preferred to be oblivious to this reality, statistics and many research findings suggest that one in four children are likely to suffer from sexual abuse before the age of 18. An earlier study conducted by sociologist, Diana Russell, indicated that one in three girls is sexually abused in childhood (1986, cited in Bloom, 1994; and in Herman, 1997). Research in the 1970s in the USA found that sexual assaults against women and children were endemic in society (Herman, 1997). In her book the Right to Innocence: Healing the Trauma of Sexual Abuse, Beverly Engel (1989) wrote that according to the figures of the 1985 Los Angeles Times survey, nearly 38 million adults were sexually abused as children, and that 85% of abuse occurs in the home. Levine and Frederick (1997) mention that between 75 and 100 million Americans have experienced childhood sexual and physical abuse. Steinberg and Schnall (2003) report that in the USA close to a million children were victims of confirmed child abuse and neglect until 1997. Interestingly, posttraumatic stress disorder or symptoms, depression and other commonalities have been found among sexual abuse and rape survivors, battered women, political prisoners, combat veterans and survivors of concentration camps and PTSD symptoms are estimated to affect, at the minimum, 8 to 9% of the American population (Woolfe, 1989; Greene, 1994, cited in Matsakis, 1996). In addition, Matsakis reports that 84% of battered women in shelters and 35 to 92% of raped women suffer from PTSD symptoms and writes ‘so one can imagine what happens to survivors of ongoing childhood abuse’. Finally, Perry mentions that millions of children across the world are exposed to pervasive and chronic traumatic experiences (e.g., course-of conduct maltreatment such as incest; war) or timelimited (e.g., natural disaster, drive-by shooting) and that only in the USA conservative estimates of the number of children exposed to a traumatic event in one year exceed 4 million (Perry, 1994a, cited in Perry et al., 1996). In the same article it is mentioned that ‘physical or sexual abuse, living in the fallout zone of domestic or community violence, surviving a serious car accident — all have an impact on the child’s development’ (Taylor, Zuckerman, Harik, and Groves, 1992; Pynoos, Frederick, Nader, Arroyo, Steinberg, Eth, Nunez, and Fairbanks, 1987; Osofsky, 1995) and that children are at great risk for profound emotional, behavioural, physiological, cognitive and social problems (Perry, 1994a, cited in Perry et al., 1996). Also, depending on the severity, frequency, nature, and pattern of traumatic events, at least half of all children exposed to traumatic experiences may be expected to develop significant neuropsychiatric symptomatology (Schwarz and Perry, 1994, cited in Perry et al., 1996).

Although statistics may seem overwhelming, they also hide the horror and the devastating effects of child abuse and the fact that behind each statistic hides a terrified child or an adult victim or survivor. In I Never Told Anyone, an anthology of writings from women survivors of sexual abuse, Bass writes that ‘statistics for all the horror they imply, can be so vast that we shield ourselves from the individual lives they represent’ because ‘it is not easy to open oneself to the knowledge that millions of children are raped’ (in Bass and Thornton, 1991). Moreover, not only do we often fail to make the link between numbers and human suffering, but statistics are also very easy to forget. However, numbers are both overwhelming and real and abuse affects children and individuals of all ages and spans ethnic and religious groups and social classes. Brookes writes that sexual abuse crosses gender and cultural and socio-economic barriers, which indicates that the causes of sexual abuse are dynamic and complex. Stone (2004) claims that ‘if sexual abuse were considered a disease, experts would have labelled it an epidemic long ago’. Finally, perpetrators have belonged to diverse religions and ideologies all over the world across time and ‘sexual abuse and violence against children and women is part of an ancient and pervasive worldwide tradition’ (in Bass and Thornton, 1991). Similarly, in her book The Best Kept Secret, Florence Rush, a feminist author who focused on sexual abuse documented abuse through time, claims that childhood sexual abuse ‘stems from the traditions and customs that are written in history, religion, law, and today’s powerful and influential media’ (cited in Bass and Thornton, 1991).

Therefore, refraining from denial and its illusionary sense of safety, is in the end an act of courage and I think it is not difficult to understand that voicing the problem and acknowledging it, is the first step towards dealing with it and decreasing its incidence. Steinberg and Schnall (2003) write that ‘decency demands that we speak out for all the mute survivors’ because ‘our disconnection from the truth like theirs is waiting to be healed’ and it becomes obvious that ‘by tolerating a system that protects abusers and denies or downsizes the mistreatment of children…..we collude in this atrocity by our silence and skepticism’. ‘Confronting the momentum of an old and deeply embodied attitude that allows men the privilege of ownership and desecration’ (Bass, 1991) is necessary, for as long as we deny the fact that child abuse occurs and as long as we keep silent the chances are that a lot of its crippling results will be passed down from adult to child for generations. 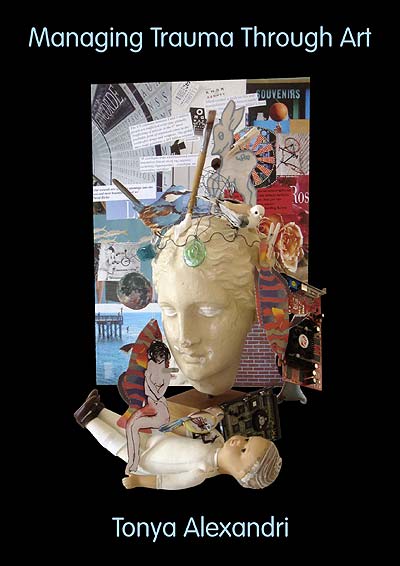