I walk humbly through cultures,

Documenting stories for women without a voice

No Ocean Here presents portraits of girls and women of Asia, Africa, and the Middle East, where women are often stripped of basic human rights and lack basic means of education and protection. It’s a beautiful collection of poignant poems that covers difficult subjects such as domestic violence, honor killing, dowry deaths, female infanticide, arranged marriage, female excision, prostitution of widowhood, rape, trafficking, misuse of religion and child abuse. The author of the book is Sweta Srivastava Vikram, an award-winning writer, two times Pushcart Prize nominated-poet, novelist, author, essayist, columnist, and educator. Vikram decided to write this book ‘because listening, telling, and writing the stories of those who can’t write them will create awareness’. She writes that ‘over a period of time, every story I heard, every interview I conducted led me to believe that women and girls in many parts of the world, even today, deal with gender inequality and violence. Numerous issues still exist in all areas of life, ranging from the cultural, political to economic’.

Extracts from this collection of poems

The tides in the ocean urge her to tell her story

Her wounds are mysterious

The depth unseen to the world but home to insects

She is just an asterisk on an endless list*

Unable to swim away

(In some parts of Gaza, mayit nar (acid) is thrown on women who don’t cover their faces)

Her palms, reaching out to God

Hold onto the hem of ambiguity

Wishing the silence of the ocean would explain

The mirage of her freedom

All cavities of the women’s trust were emptied out

When each man selected a victim

The petals of red bougainvillea

The current of the winds

Seated in a rocking chair,

Her braid will sway back and forth

Her shadow will finally not stare

At the blades of the ceiling fan,

Waiting for the torture to end 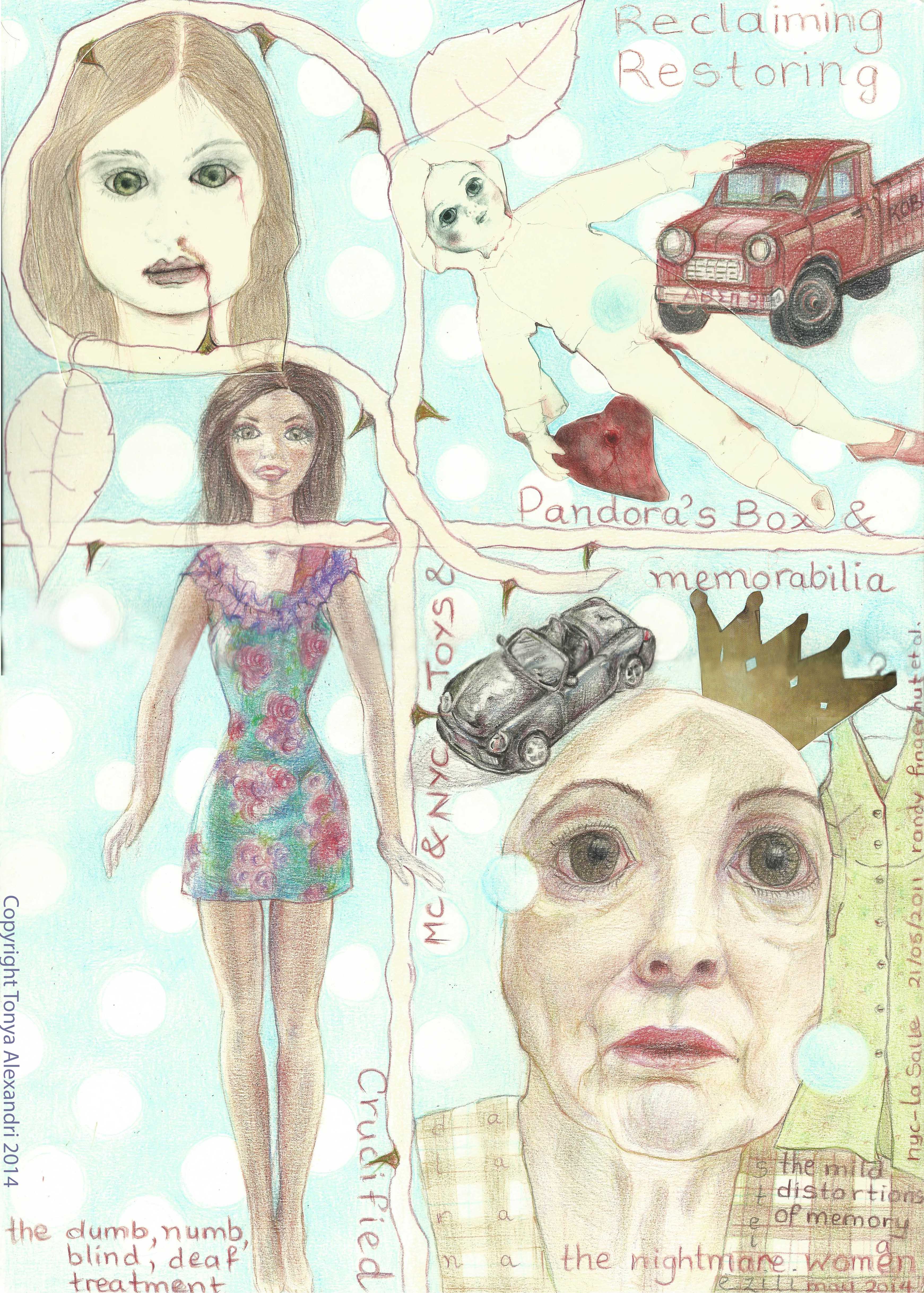 ‘He began to search among the infinite series of impressions which time had laid down, leaf upon leaf, fold upon fold softly, incessantly upon his brain; among scents, sounds; voices, harsh, hollow, sweet; and lights passing, and brooms tapping; and the wash and hush of the sea’  VirginiaWoolf, To the Lighthouse

The art products became transitional objects imbued with meaning beyond what they actually were, that is, for instance, a piece of paper with images on it, symbolically holding loss, meaning or emotions. Actually, Winnicot promoted the value of art as a transitional object because he considered art expression as a ‘holding environment’ and believed it was also a way to bridge subjective and objective realities (cited in Malchiodi, 2007). 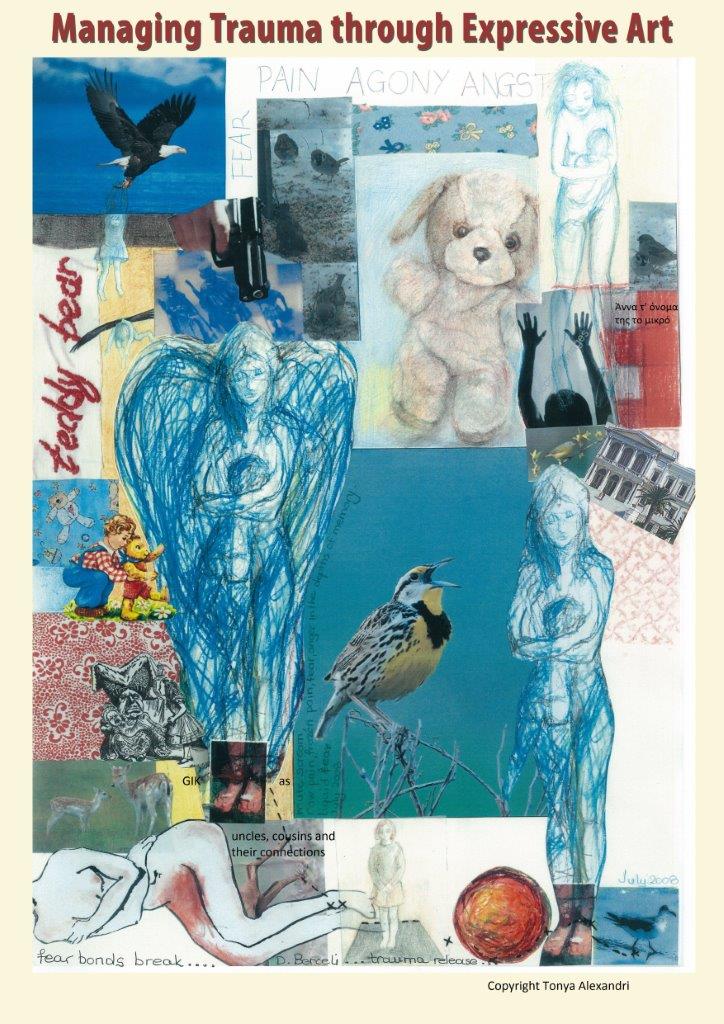 ‘We shall not cease from exploration and the end of all our exploring will be to arrive where we started and know the place for the first time’ (from The Four Quartets by T. S. Elliot)