‘Film as dream, film as music. No art passes our conscience in the way film does, and goes directly to our feelings, deep down into the dark rooms of our souls’ (Ingmar Bergman, Swedish film director)

‘I think of all the choices I never knew. And those I let be made for me – to please, from fear, for love. Where did they disappear to, those choices that I never made? They are all part of who I am. They are the legacy I leave behind, they are the finished portrait of myself I cannot change’ (Liv Ullmann) 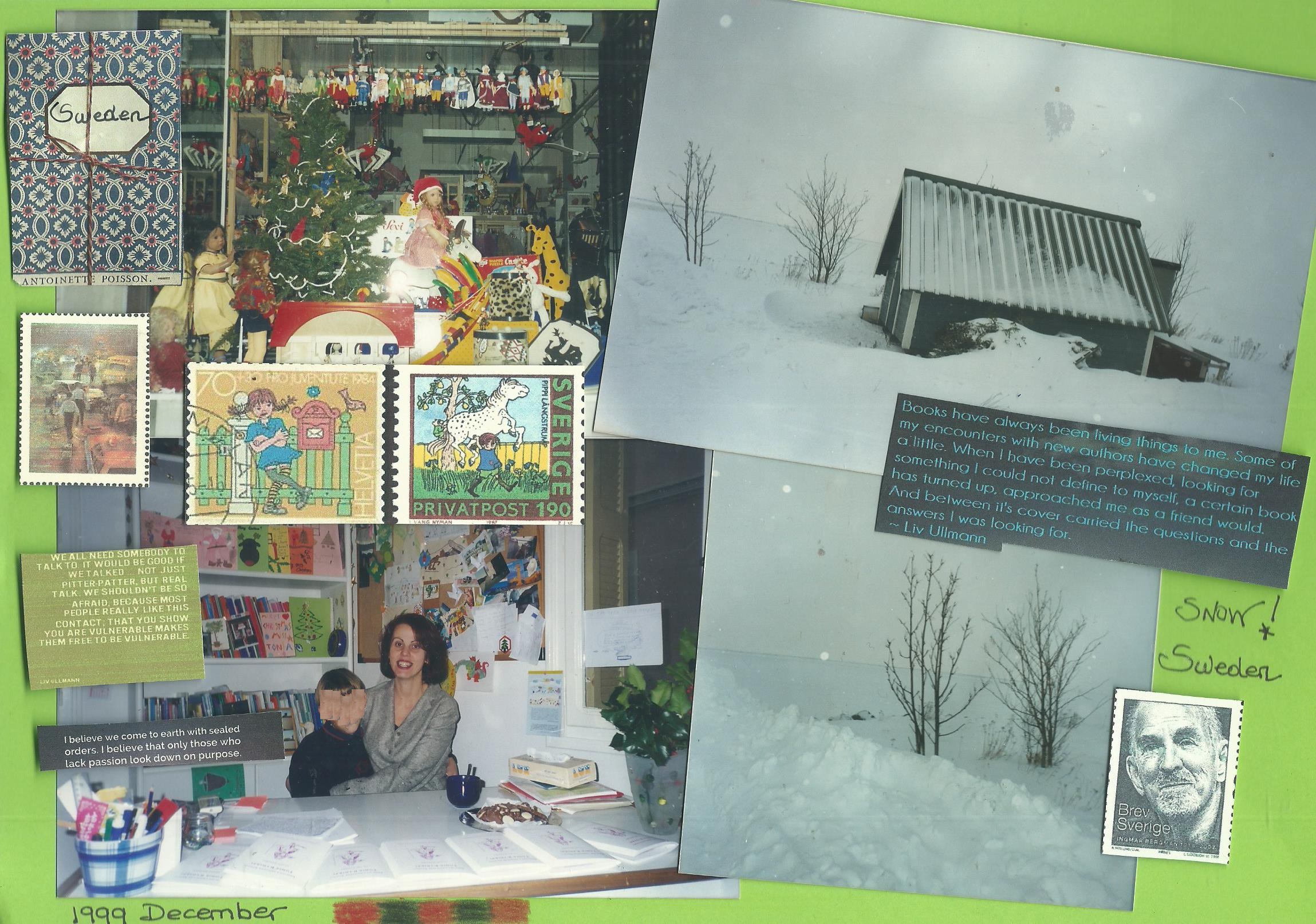 Making scrapbook pages can be a more relaxed and maybe faster than drawing process, but it also allows for organization of experiences to take place. The process of piecing things together can help us see things from a different angle and make connections, re order events and understand desires, decisions and choices, and this can often free up space for new evaluation, understanding and appreciation of experiences. As with all art journaling type activities themes can be further explored through writing, meditation, and other modalities. I have posted a scrap page sample I made with photos and stamps late last night. I had gone to town for errands in the evening and then stopped for a quick tea at a café, where I unwittingly picked up fragments of conversations from surrounding tables. Sweden seemed for some reason to be a common theme. Someone was talking about Swedish vacuum cleaner bags, another was talking about something else… innocent chit-chat that lingered in my mind and brought up my own ‘Swedish memories’, and that’s how I ended up creating a scrap page and leafing through old albums.

In 1999 my family and I spent the Xmas holidays in Sweden, a fairy tale beautiful place, with a lot of cold, snow (as you can see in the photos) and natural ice rinks, great cheeses and fish dishes. In Lapland Sweden I felt awe at the brave people ice bathing, but I only got as far as going down the ice hole in a rubber suit and was more intimidated by the bottomless black hole than the cold. In one of the photos I am at my school, on the last day of term, meeting parents and giving out students’ class reports, a little before setting off for Sweden. But my love of Swedish things began way back in adolescence…. I might have watched Ingmar Bergman’s film, Autumn Sonata, at least three times, and Liv Ullmann was one of my favourite actors. My sister was learning Swedish at the time and had introduced me to a Greek writer, Theodor Kallifatides, who lives in Sweden. Later, when I became a mom Pipi Longstocking became a big part of my reading repertoire again.

‘All the children sat looking at Pippi, who lay flat on the floor, drawing to her heart’s content. ‘But, Pippi,’ said the teacher impatiently, ‘why in the world aren’t you drawing on your paper? …. I filled that long ago. There isn’t room enough for my whole horse on that little snip of paper.’  (Astrid Lindgren) 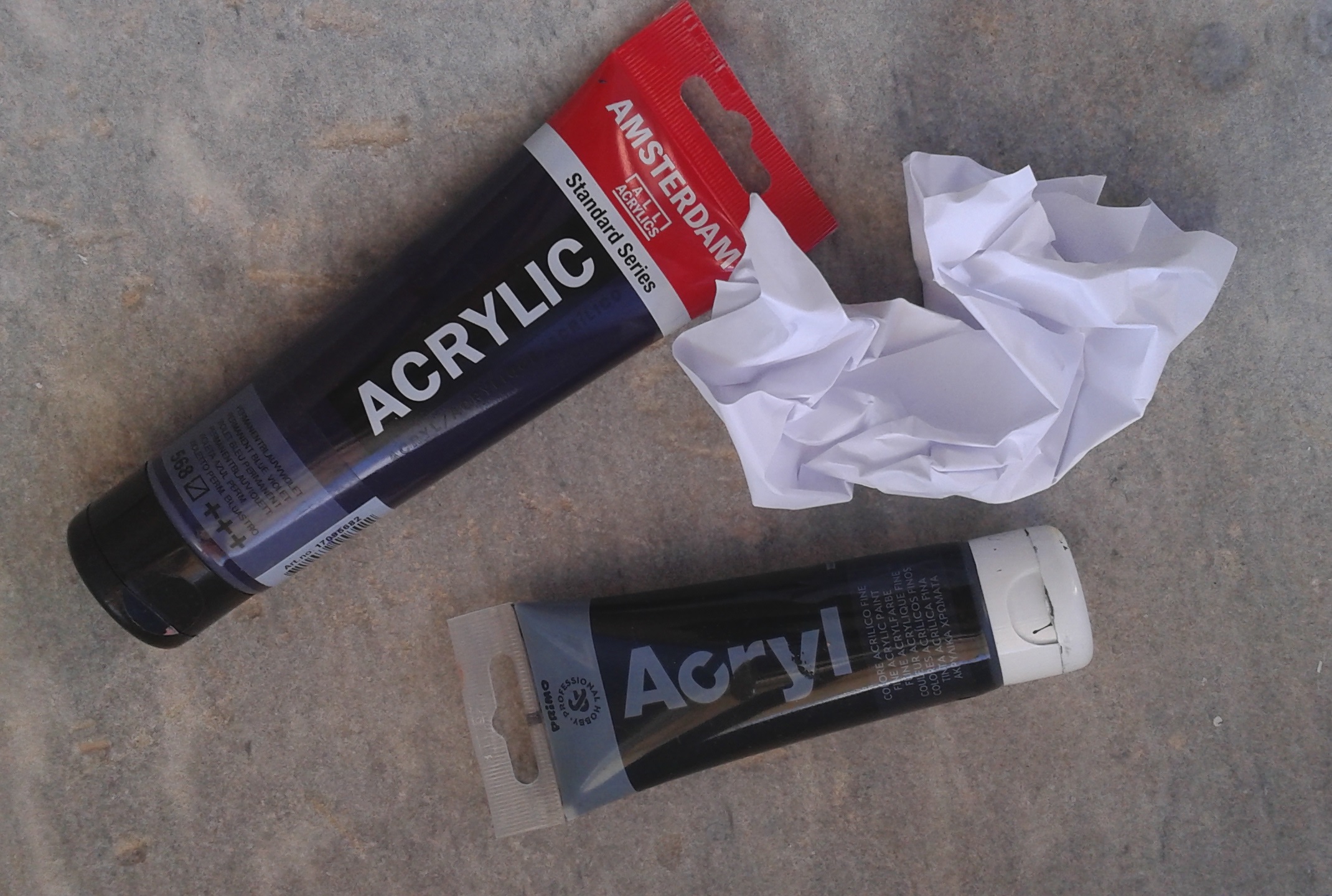 I’d also like to share another art activity from Allyson Bright: She suggests we create a page about a lie that we once told. The focus can be on the why, the how, the result, or any combination of those. Her story: ‘For my entire life, I have detested chocolate. My stomach turns at even the smell of it. This led to a lot of disappointing Halloween nights – at least for me….. Every single time it came up, and I told people that I hated chocolate, I was teased and told I was just plain wrong or even stupid. I got so very tired of hearing about how apparently defective I was, just because I didn’t want to eat this one food. When I moved to Iowa to attend to college, I was very aware that I was getting a clean slate in so many ways. The first time I was offered chocolate, a lie escaped my lips without even thinking about it. “I’m allergic,” I said. What a difference it made! Instead of being weird or dumb, I was now the subject of sympathy. “That’s horrible,” they’d say, and then it would be over. It was such a relief after the years of teasing I’d endured as a kid. I upheld the lie for several years, before finally admitting the truth…. Upholding the lie was exhausting, and it all seems so silly now. But it’s amazing what a teenager will do or say just to make the teasing stop. These days, I’m proud to let my freak flag fly, and I’ll happily admit I just don’t like chocolate. It’s easier, and it’s the truth….’