Today I’m sharing a painting I have been working on over the last two weeks maybe and some extracts from books I have been skimming through during the process. 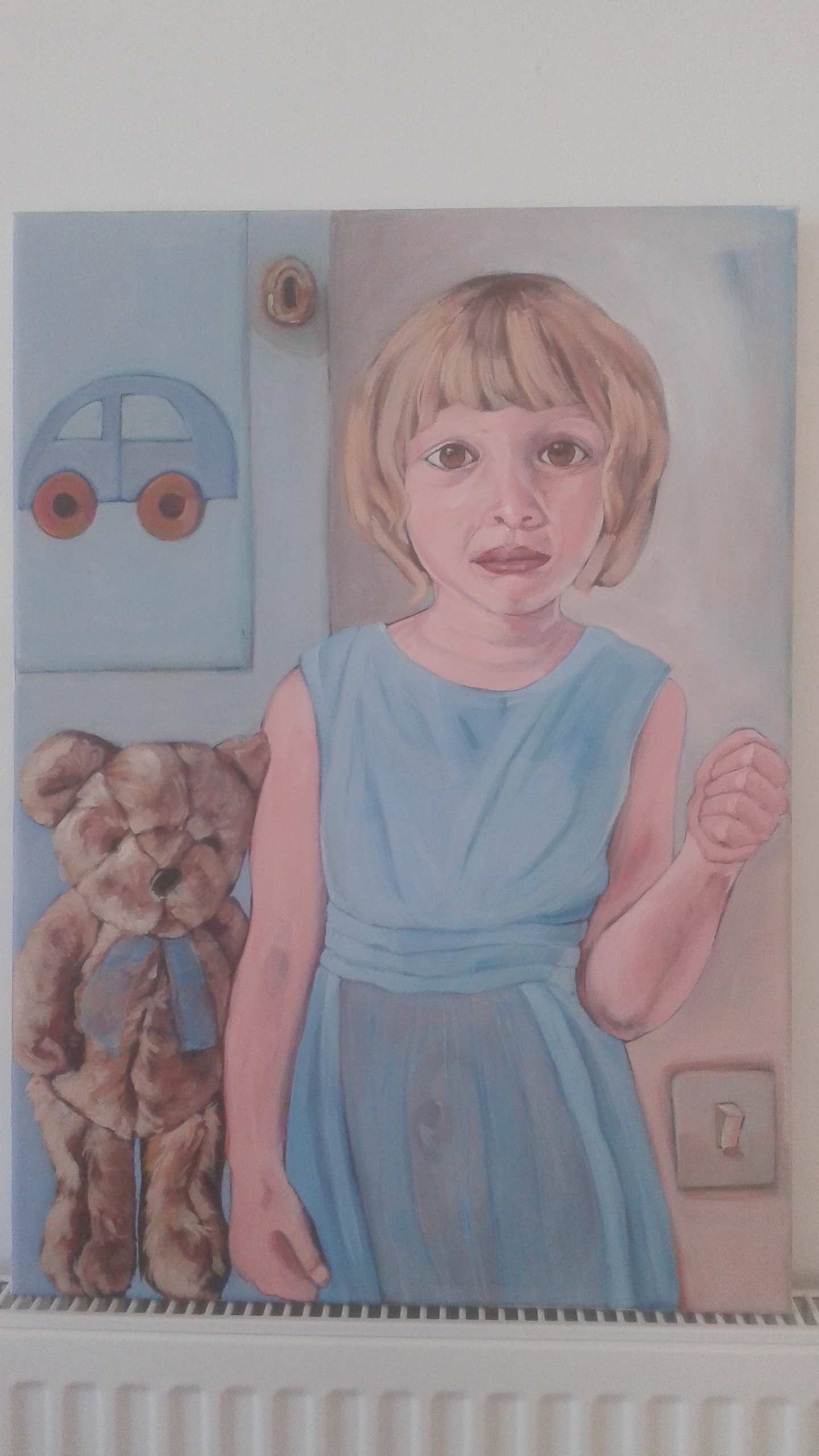 “The sense of that fierce will to endure has stayed with me, and I’ve drawn on it many times. Paradoxically, just knowing that I can go there if need be has helped me turn the other cheek in certain situations, in effect using something feral to stay civilized. We are animals, strong and tenacious enough to rise to the top of the food chain. In some approaches to psychology, religion, and child rearing, you’ll find an underlying idea that the primal basement in everyone’s mind is full of smelly, nasty creatures that must be locked away. Sure, we need to regulate ourselves. But we don’t need to fear and shame the wild things inside. Think of a good experience you’ve had of being fierce and strong, perhaps while standing up for someone, moving through wilderness, or handling an emergency. Imagine what it would feel like and how it might help to bring some of that determined intensity into a challenging situation today. Looking back, I see that I’ve often been too tame, too buttoned up. Perhaps you, like me, could benefit from opening a door inside and drawing on something that’s fiercely helpful.”    (From Rick Hanson’s book: Resilient)

“Sometimes it is skillful to nudge thoughts and feelings in a healthier, happier direction. But that only works if we accept our reactions in the first place. Otherwise, our nudging has little traction, and we’re just putting a false face on how we really feel. If we don’t accept what’s true about ourselves, we won’t see it clearly, and if we don’t see it clearly, we’ll be less able to deal with it. The whole self is like a big house, and not accepting all of who you are is like closing up some of its rooms: “Uh-oh, can’t look vulnerable, better shut that door.” “Asking for love made me look like a fool, never again with that, lock it up.” “I make mistakes when I get excited, so that’s it with passion, throw away the key.” What would it be like to open all the doors inside yourself? You can still keep an eye on what lies inside the various rooms, and decide what you act upon or show to the world. Accepting what’s inside yourself gives you more influence over it, not less.” (From Rick Hanson’s book: Resilient)

“First, you need to understand that writing and drawing are natural human endeavors. Trees, apples, sauerkraut jars, cars, tables, lions, dolphins— none of these write or draw. Only human beings do. Even twenty-five thousand years ago, prehistoric mortals left images on the walls of caves deep in the earth. I had the privilege of visiting Peche Merle in Cabrerets, France, walking down many flights of stone stairs into dank, dark grottoes. We turned a corner and behold, two spotted horses etched on the craggy wall. Most moving was the image of a five-fingered human hand pressed above one horse’s back— the artist’s signature, his greeting ringing out through the long lineage of centuries. Hello. I was here. This drawing is a testament.” (From Natalie Goldberg’s book: Living Color: Painting, Writing, and the Bones of Seeing)

“Later Kate said to me on the phone long distance….. it’s fifteen years later and I’m getting something now that he said then. I don’t know if it makes sense but I was working on my book last week and it bloomed in me. He said, ‘Take three disparate objects, you know, like a window, a door, and a can opener, and put them together in a story.’ I suddenly really saw what he was talking about. Everyone wants a piece of a teacher, but you don’t get that piece till years later.” (From Natalie Goldberg’s book: Long Quiet Highway: Waking Up in America)