May all be happy and secure this new year and beyond

“Interpersonal integration involves the honoring and relishing of differences while cultivating compassionate connections with others…..” Dan Siegel

“Although the wind blows terribly here, the moonlight also leaks between the roof planks of this ruined house” Izumi Shikibu

“Everything’s a story. You are a story. I am a story.” Frances Hodgson Burnett

“Whatever possession we gain by our sword cannot be sure for lasting, but the love gained by kindness and moderation is certain and durable.” Alexander the Great

*The last two drawings of 2022, related thematically to the ones of the previous post: Orphans in children’s literature, and a much older still life pencil drawing. I have also expanded a bit more on the previous post.

Frances Hodgson Burnett, the author of  The Secret Garden and A Little Princess mentioned in the previous posts explored, among other themes, the love and care that children often bestow on their toys, the relationships developed between girls and their dolls, and the idea of dolls coming to life and having independent lives. Racketty-Packetty House, also by Burnett, is about dolls coming alive and what goes on when children are not in the room, which is a common theme in children’s stories.  In A Little Princess Sara Crew’s devotion to her doll Emily remains constant.  Emily is included as a friend and becomes Sara’s confidant. In contrast, in Racketty Packetty House, Cynthia says: “I believe I will have the Racketty Packetty burnt up! They’re too shabby to live in the same nursery with Tidy Castle.” In response to that the princess character responds: “Burned! Why, if it were mine I wouldn’t have it burned for the worlds!” … “It’s shabby and wants mending, of course, but it’s almost exactly like the one my grandmamma had, and she kept it among her treasures, and only let me look at it as a great, great treat.” 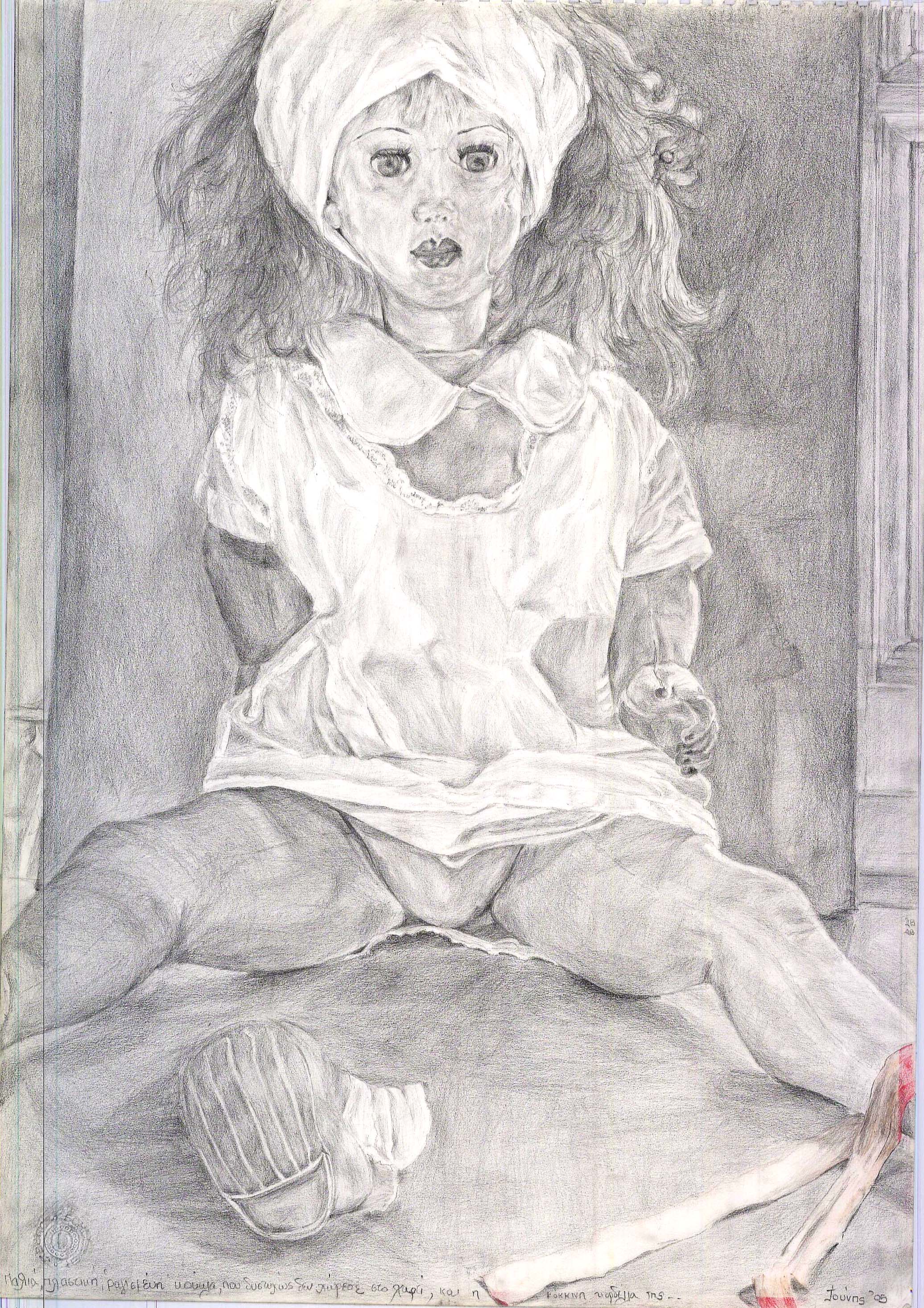 Finally, another interesting fact about A Little Princess is that it reflects aspects and progressions in the writer’s own life. She endows her heroine Sara Crew with talents and capacities that she possessed, and also, the trajectory of the story is in many ways similar to her own early life. While preparing for the previous post, apart from listening to many stories and re-reading books to freshen my memory, I also looked at several relevant essays, articles and biography notes about the writers. In a textual analysis of Frances Hodgson Burnett’s heroine Sara Crewe in A Little Princess [https://core.ac.uk/download/pdf/46955678.pdf ] Johanna Elizabeth Resler claims that certain aspects of Burnett’s life can be seen in her narratives, which include similarities between her and her heroine Sara, such as the death of her father, her family’s fall from fortune, her concept of the princess figure which Burnett imbues with certain valued qualities and traits. Sara has an empathic nature, a gift of storytelling and loves books. Resler writes: “…. The reworking of Sara’s tale was perhaps not just the desire of an author to perfect her work but the need for her to remember and re-imagine memories of her own past. This is not to say that Burnett’s life mimics Sara’s; the real life is only similar in a very general way to the fiction story she fashioned for Sara. By including pieces of her own childhood, Burnett perhaps comes to terms with the struggles she and her family experienced after her father’s death. Burnett’s lasting interest and critical significance resides in the imagination and creativity of the writing process and by including these interests with her own experiences Burnett creates a tale that has elements of fairy-tale and reality.”

*A short extract on painting / making art by Winston Churchill

“I know of nothing which, without exhausting the body, more entirely absorbs the mind. Whatever the worries of the hour or the threats of the future, once the picture has begun to flow along, there is no room for them in the mental screen. They pass out into shadow and darkness. All one’s mental light, such as it is, becomes concentrated on the task. Time stands respectfully aside, and it is only after many hesitations that luncheon knocks gruffly at the door…” [From Winston Churchill’s Essays and Other Works Collection Book]

*In last week’s meditation talk [24/12/2022] Rick Hanson discussed among other topics the importance of separating our desire for justice or indignation about injustices and harm done to us, to others or the planet from cruelty and hatred, and how emotions like anger, hatred or desire for revenge can more easily dissipate once they have been felt and reflected upon. After we have been knocked down too often or been pushed around persistently, an opening of our heart and connection to that place of compassion and joy for being alive, which Dan Siegel calls the hub of awareness, is a kind of victory because we know that ultimately our deepest human essence is intact and alive. We are happy because no amount of salt on the wounds has been able to harden this human capacity. I think this distinction is very important because true kindness and compassion cannot ignore injustice and harm done to people. It should not be about smoothing out social inequities and not disturbing  / interrupting  harmful dynamics and practices, which ultimately only serves those who have more privilege, power and resources. In my mind, seeking justice, speaking truth to power and talking about harms committed and oppressive dynamics, when possible, are kindness and compassion in action towards those that have been harmed, and ultimately, to larger groups and collectives.

He also read the Metta Sutta, a Buddhist teaching. I have included some of the verses of this text (translated by Gil Fronsdal) that resonated more with me, as a wish and maybe something to aspire towards and reflect on, for oneself and others, this New Year.

“May all be happy and secure; / May all beings be happy at heart.
All living beings, whether weak or strong, / Tall, large, medium, or short,
Tiny or big, / Seen or unseen, / Near or distant, / Born or to be born,
May they all be happy.
Let no one deceive another / Or despise anyone anywhere;
Let no one through anger or aversion / Wish for others to suffer.”

As a mother would risk her own life / To protect her child, her only child,
So toward all beings should one / Cultivate a boundless heart.
With loving-kindness for the whole world should one / Cultivate a boundless heart,
Above, below, and all around / Without obstruction, without hate and without ill-will.
Standing or walking, sitting or lying down, / Whenever one is awake,
May one stay with this recollection. / This is called a sublime abiding, here and now.